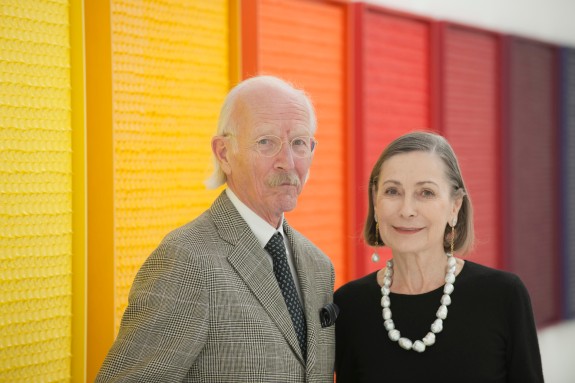 Peter Schaufler (1940–2015) studied technical business administration in Karlsruhe, before he entered the family enterprise BITZER Kühlmaschinenbau. After his father’s death in 1979, he became executive sole shareholder of the BITZER Group (later BITZER SE) and developed the company in the following years into a global player in the refrigeration and air conditioning industry with more than 40 subsidiaries worldwide.
Since the end of the 1970s, Peter Schaufler, together with his wife Christiane Schaufler-Münch, had been building up a collection of contemporary art which today comprises of more than 3,500 artworks. In 1990, Schaufler was appointed Honorary Senator of Hohenheim University.
In 2005, he founded THE SCHAUFLER FOUNDATION.
In August 2015, Peter Schaufler passed away in Salzburg.
Christiane Schaufler-Münch is Chairwoman of the Board of Trustees and closely connected to the Foundation.